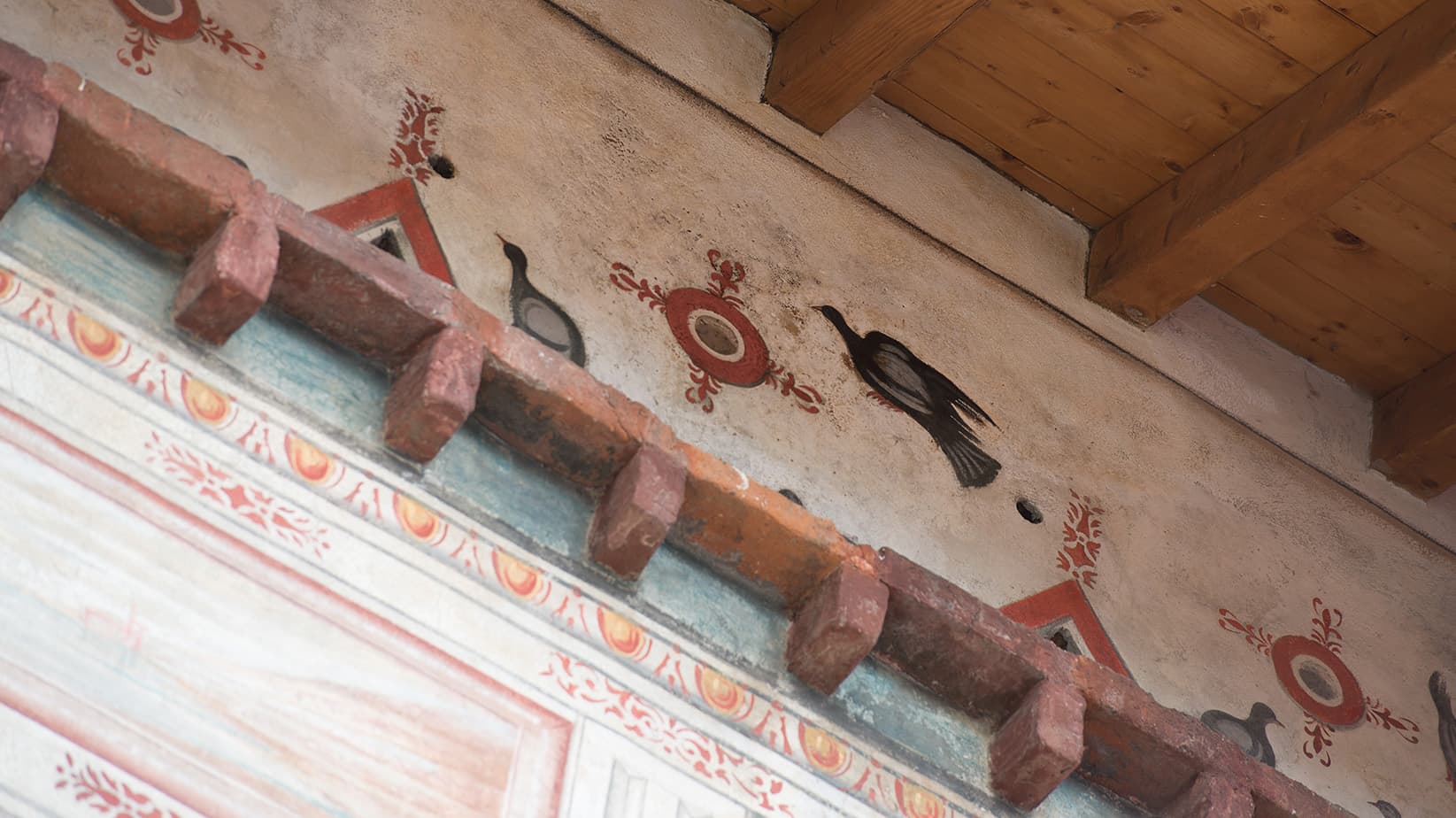 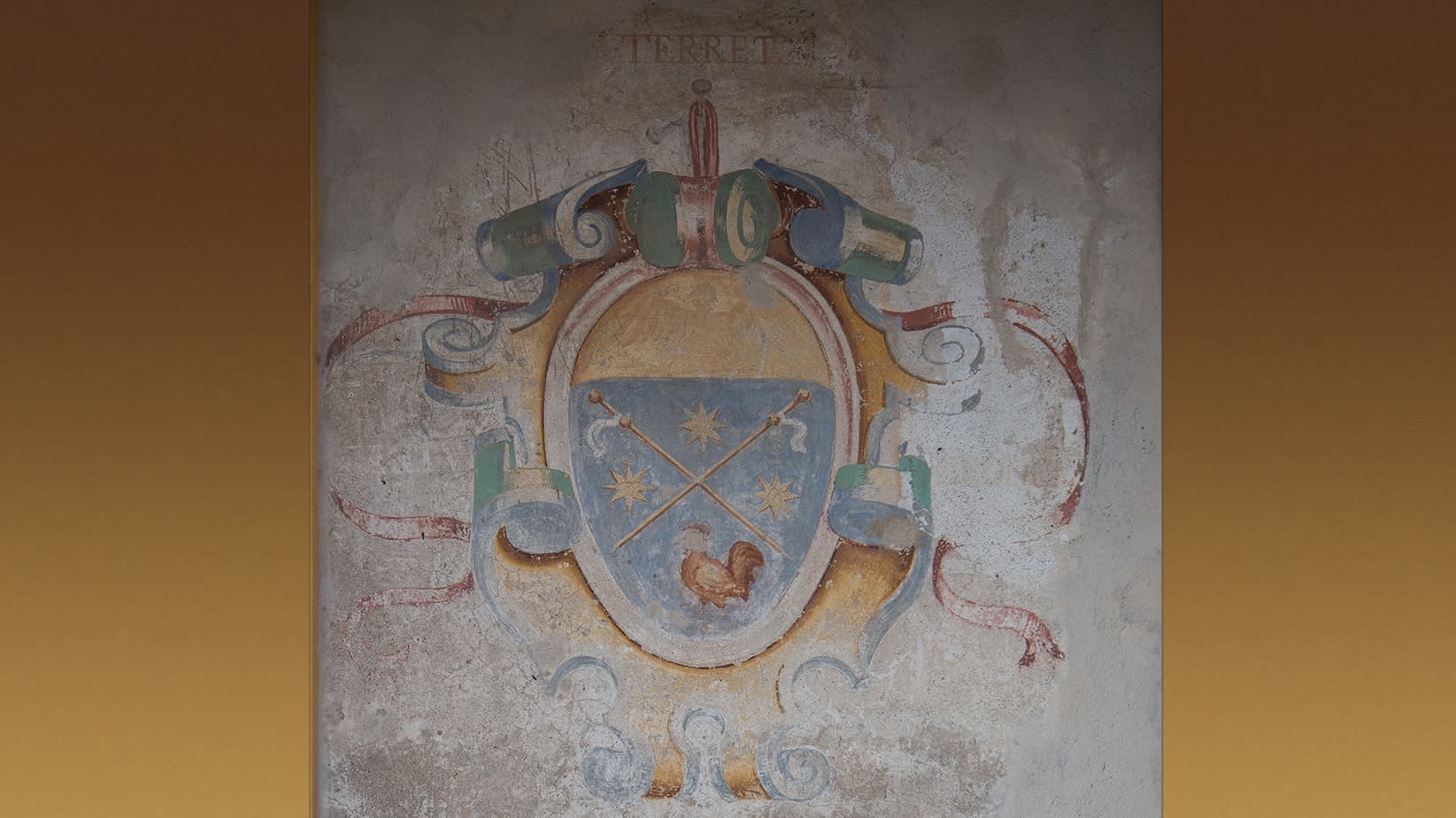 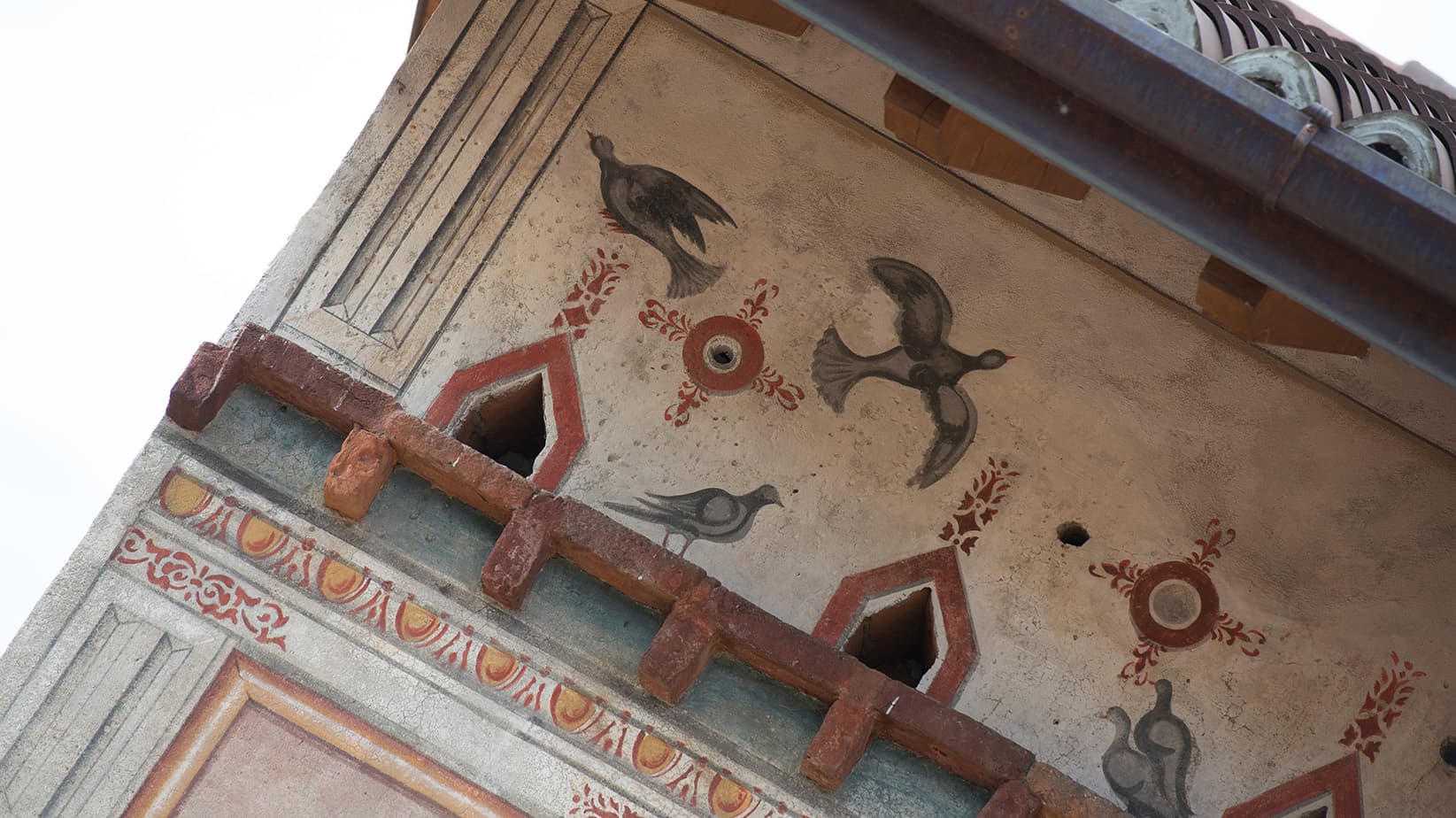 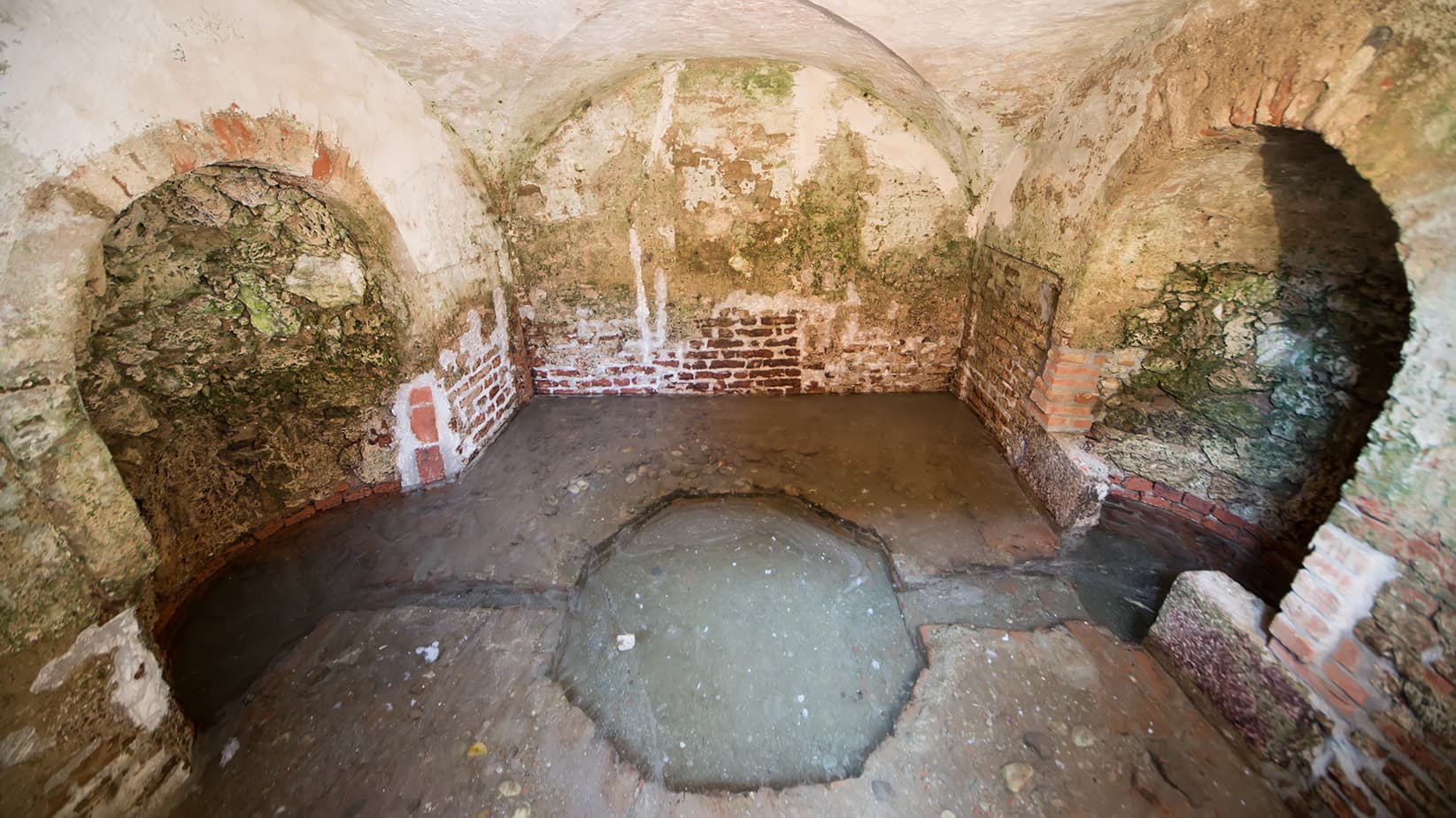 The fascinating HISTORY and ARCHITECTURE of Galizia Farm, the perfect place for a special stay and an exclusive tasting between past and present.

It is in the most hidden part of the older building of Cascina Galizia that our greatest mystery prevails. Located below ground level, a unique square-shaped room with an unusual ceiling vault with arches; its floor paved with river stones, with at its centre a sort of octagonal basing connected to two lateral canals recalling an “Ambrosial” Baptismal font. Furthermore, we can suppose that this proximity between the necropolis of the XII-X century b.C. and the presumed baptistery suggests a space-time continuum in which the Christian cult has replaced the Pagan worship. Additionally… the presence of a sacred image on one of the rooms on the ground floor, the mighty COLOMBAIA (dovecote tower), and the granite column at the entrance of our reception can only support the hypothesis that in medieval times, around the XIV century a.C., the settlement was a GRANGIA; a rural estate owned by a religious order, probably the Dominican Monks who had a garrison in Castelletto di Cuggiono and that, thanks to the construction of the Canal Grande, could easily carry their cultivations till the terminus of this new water route, hence the dock in front of the Convent of St. Eustorgio in Milan. In 1652 Pope Innocent X closes all the monasteries with little amount of monks; becoming in 1653 of property of the Galizia Family, from which it takes its current name, and whose coat of arms is still visible, adjacent to a sundial and to the dovecote tower.
In 1715, Cascina Galizia passes from the Galizia family to the Della Croce, followed by the Bossi family, then Count Filippo Maria Stampa and, from 1737, with the return of the Dominicans in Castelletto, it came once again a convent until the arrival of the Austrians, that abolished them and stole all the goods at its inside. In 1935 the farm gets in the hands of the Gaggi family, which transformed it until the Seventies in a sand and gravel quarry.

In deep connection with rural activities, inside a unique environment in which the ancient buildings are in complete symbiosis with the landscape, we carry on the farm activity day by day, together with the restaurant and hotel. With our exclusive services, our 14 wide chambers, the charming restaurant and the location for events and meeting, we can meet the expectations of the most demanding host.
Tel. +39 0331 874964 - Cel.+39 389 894 7858 - Cel.+39 335 1205168
Cascina Galizia, S.P. 127 - 20012 Cuggiono (MI)
info@agriturismolagalizia.it